I have lost my best friend from high school, first husband, two aunts, one uncle, neighborhood good friend from suicide. When I was 14 years old, I attempted suicide so I have been facing my own mental health for a long time.

I made my bucket lists after I was diagnosed with “Only Weeks to Live” stage IV Diffuse Large B-Cell Lymphoma (DLBCL) Primary non-Hodgkin of Liver in 2017.

Here are my previous blog about Only Weeks to Live:

And my first bucket lists’ blog:

Since I love to travel and do many things I had many material things in my bucketloads lists in the beginning. I could add spectacular places to visit and many amazing things to do on my bucket lists, but as I was getting well from lymphoma cancer I want to add in my bucket lists that something my inner child wanted to be nurtured.

I put a joining AFSP (American Foundation of Suicide Prevention) to my bucket lists.
I found out that AFSP held the annual “Out of Darkness Community Walk” (about 2~3 miles) in Santa Monica where I live, so I wanted to participate in it in October 2019.
But I broke my knee while hiking in May 2019.
I already had disabled legs from my near-death car accident in 2001 (blog Twenty Years Later from Near-Death)  so I was unsure if I would ever join AFSP’s Walk. I could not tell anyone what I wanted to do.
Because of the Pandemic, there was no annual walk in 2020.
I was hoping to walk AFSP’s Walk in 2021.
I went to physical therapy and made time to heal, my knee got more strength than before, I decided to train myself to walk 1~2 miles almost every day with my dogs.

This year, Santa Monica’s “Out of Darkness Community Walk” was last Saturday, October 23rd, 2021. I get a little anxious whenever I go to the first time in any event. I am so glad that Eric and Kai came with me. 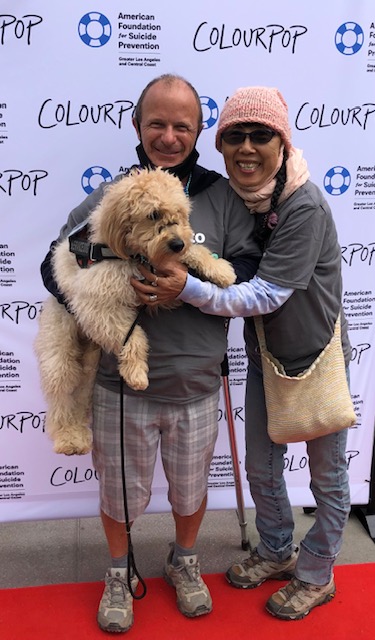 It was a cloudy, not warm day, so I ensured I was warm enough but not too hot since I would walk. 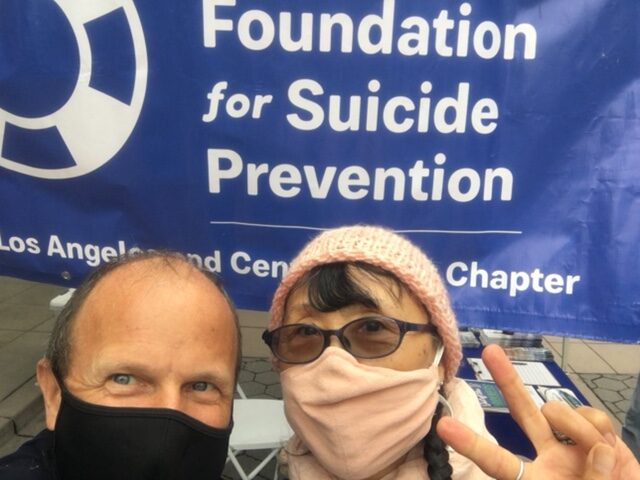 Eric and I registered to pick up T-shirts (when you donate $150, you get their T-shirt) and the beads. 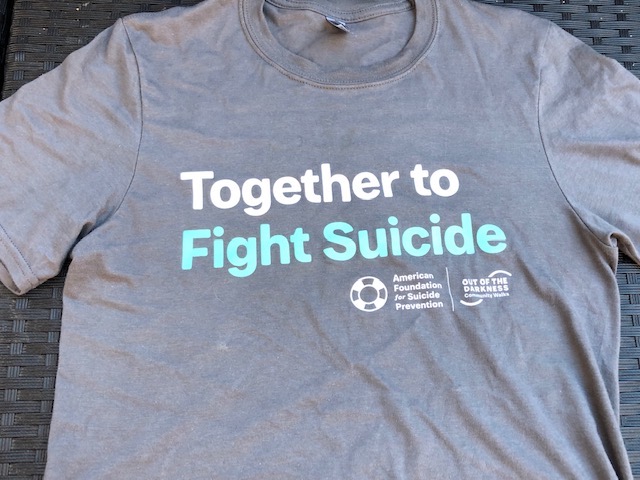 There were different colors of beads to wear:
White: Loss of a Child
Red: Loss of a Spouse or Partner
Gold: Loss of a Parent
Orange: Loss of a Sibling
Purple: Loss of a Relatives or Friend
Silver: Loss of a First Responder/Military
Green: Personal Struggle or Attempt
Teal: Supporting Someone who Struggles or has Attempted
Blue: Supporting Suicide Prevention 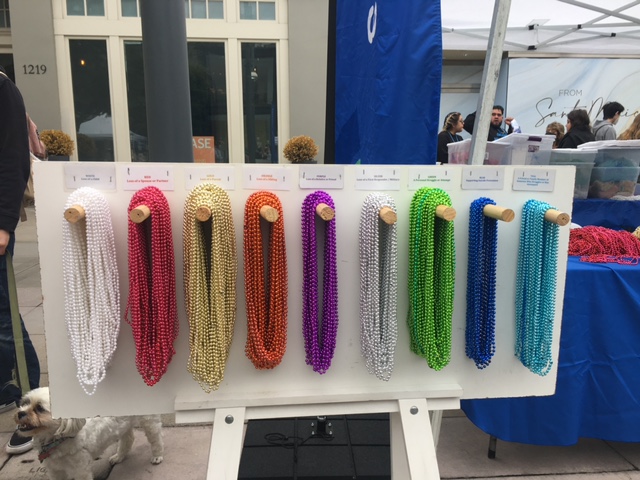 I got Red, Purple, Green, and Blue, Eric got Purple, Teal, Blue, and Kai got Teal. 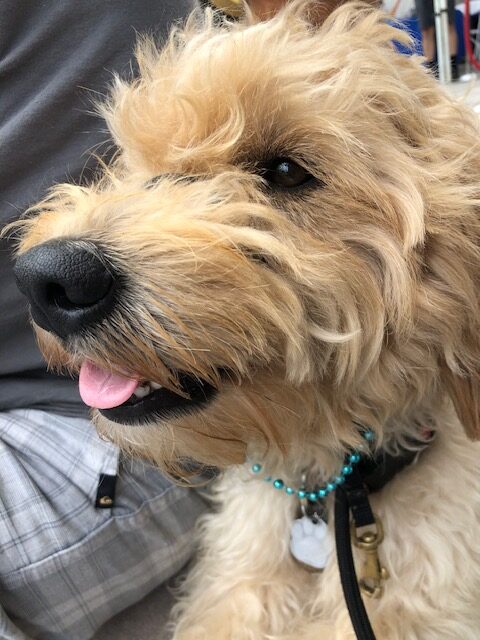 I was inspired that many (I think about 500) people were there to support preventing suicide. They raised over $180,000.
Out of the Darkness Community Walk brings people together while raising funds to help fight suicide and support those touched by suicide in the community. Participants in the Out of the Darkness Walk join in the effort with hundreds of thousands of people to raise awareness and funds that allow the American Foundation for Suicide Prevention (AFSP) to invest in new research, create educational programs, advocate for public policy, and support survivors of suicide loss. AFSP has set a goal to reduce the annual suicide rate by 20% by 2025. There is no charge to participate, but donations are welcome. 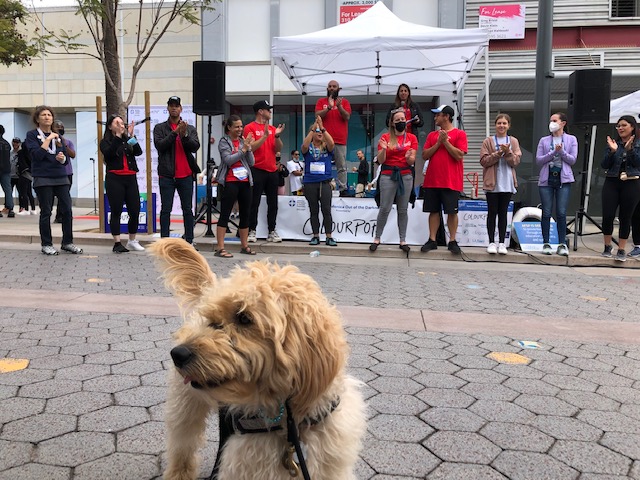 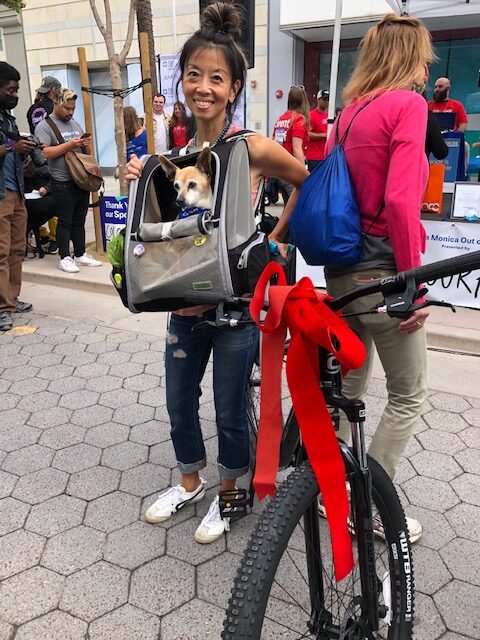 Eric and I donated money this time, but I had no idea what it was about. I hope I spread my words next year, and I want to raise money too. 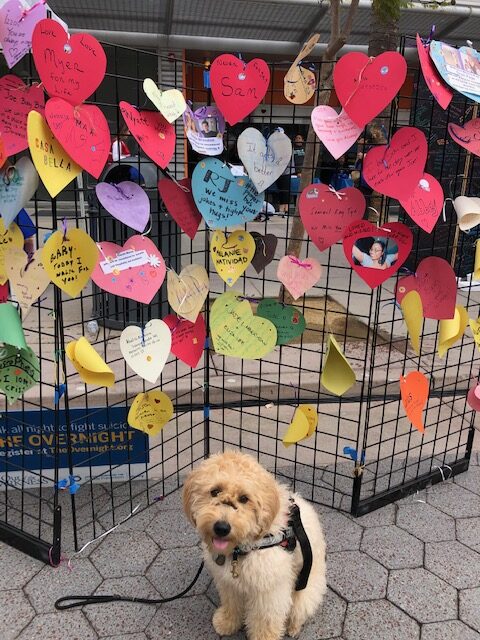 We stretched out our bodies before the walk. Kai got so excited and jumped up, and many people came to talk to him and took photos with him. 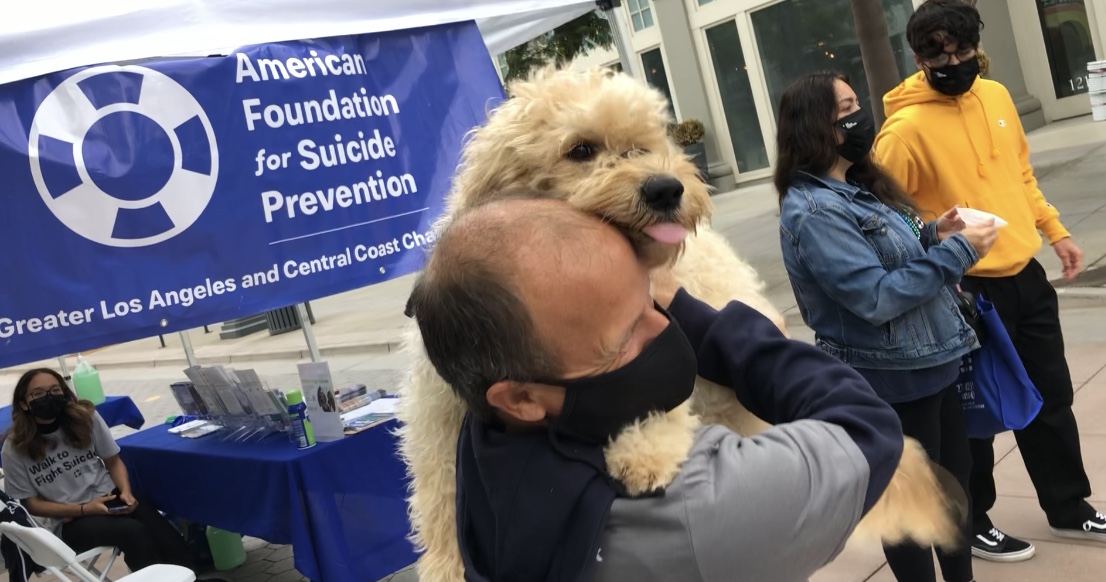 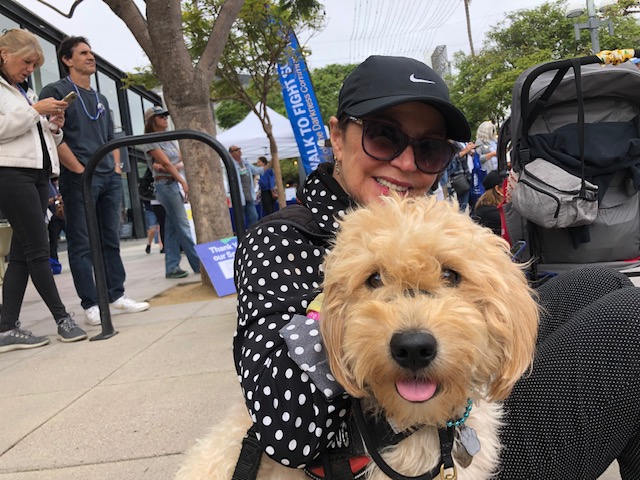 As I started to walk, I did not know how fast I could walk so I thought I should be at the last group, but I felt that I wanted to walk with the front group.
Eric said, “Are you already going?” so I said, “Well, I just go now,”  and I did. I did not slow down much and walked all the way. 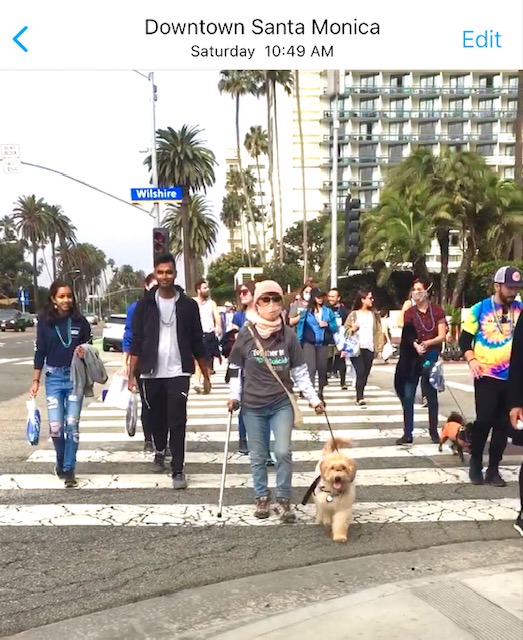 I talked to one woman walking alone and found out that the woman was a friend of my dog trainer friend who I used to hike with dogs. Well, wearing a mask and hat and not seeing each other for a long time, we could not tell right away we knew each other.
She said she was there for her nephew, who suicide in May this year. In all 500 people, I talked to one person and it was her. I hope to see her and go hiking together again.

After we finished the walk, advocators who were singer-songwriters on the stage. They had all emotionally touched songs from their hearts. 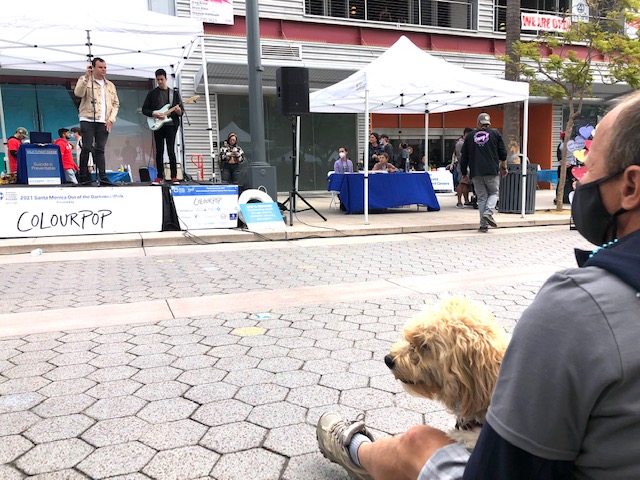 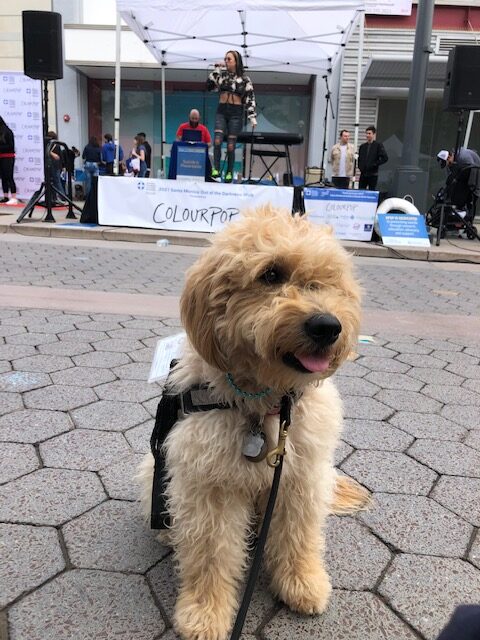 I am happily satisfied that I joined and completed the Community Walk and achieved another bucket list.