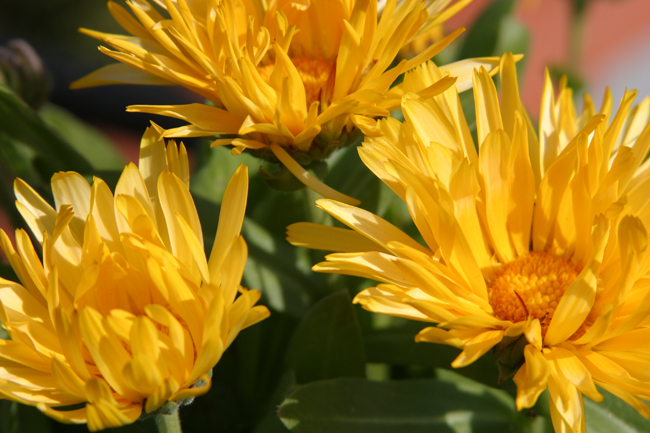 There are approximately 75-100 kinds of herbs and flowers in the National Library of Medicine herb garden. Plants have a long and rich history of medicinal use and, even in the era of modern medicine, their medicinal properties are still sought after.

One of the classics of herbal medicine was written over 350 years ago, Culpeper’s The Complete Herbal, published in London in 1649. This has proved to be an enduring book, going through 100 editions.

Nicholas Culpeper (1616-1654) was born into a landed gentry family and studied at Cambridge University, but abandoned his studies upon the death of his fiancee who was killed by lightening. He apprenticed with a London apothecary and set up practice among the poor, often charging no fee for his herbal remedies.

He favored British plants over the more exotic species and published his book in English rather than Latin, an unusual move, so that the common people (at least those who could read) could understand what he wrote.

A rather colorful figure with strong opinions (he received a chest wound from a musket shot fighting in a civil war), Culpeper died at age 38 from tuberculous which was probably compounded by his war wound and his intensive smoking.

Culpeper had infuriated the medical establishment during his lifetime. Apothecaries frequently “practiced” medicine, diagnosing illnesses and prescribing medication, but they charged less money than physicians. In many cases apothecaries were the only healer the poor could afford.

We include below descriptions of some herbs adapted from Culpeper’s book. The listed plants are among the almost 100 in the NLM herb garden. A cautionary note: do not to try this at home! Culpeper was not a scientist his plant remedies are not necessarily proven therapies.

For a more complete listing of herbs and their medicine properties, see MedlinePlus’ herbs and supplements section.

Chamomile – Anthemis nobilis – Chamomile is said to take away weariness and pain/inflammation of the bowels. The oil from the flowers can be used against many pains and aches, including joint cramps. Chamomile is also helpful in healing migraines and regulating menstrual periods.

Lavender – Lavandula angustifolia – Lavender prevents fainting and allays nausea. In oil form, it is often used in therapeutic baths to reduce stress. It can also lower blood pressure. A small amount makes a useful application on skin diseases like eczema and psoriasis.

Rosemary – Rosmarinus officinalis – Rosemary has been used to treat headaches, epilepsy and poor circulation. It can also be used as a disinfectant in the form of mouth wash and also to treat fever. It is also reported to stop dandruff and improve memory.

Sage – Salvia officinalis – Sage is helpful for head pains, hoarseness and cough. It is one of the best known remedies for laryngitis, tonsillitis and sore throats. An infusion of the herb sweetened with honey is mildly laxative and stimulates menstrual flow.

Vervain – Verbena officinalis – Vervain is known to be a good remedy for coughs and colds. It aids against the wheezing and shortness of breath that comes with fevers.

Yarrow – Achillea millefolium – Yarrow is used topically for wounds, cuts, and abrasions. An infusion of yarrow is known to speed recovery from sever bruising. Yarrow flowers are used for various allergic mucus problems, including hay fever.

Aromatherapy also known as essential oil therapy, helps alter our physical, mental and emotional well-being by triggering and strengthening our bodies’ own natural processes. Aromatherapy is the study of plants and their essential oils, with a focus on how they can be used for a variety of therapeutic purposes aimed at improving a person’s health or mood. It helps to ease pain, relieve stress and anxiety, heal cuts/scars, keep skin younger, etc. Aromatherapists blend essential oils for a variety of application methods, from topical (skin) application to inhalation. Despite common misconceptions, aromatherapy goes far beyond the concept of certain aromas being relaxing or stimulating.

These oils are made up of tiny molecules that can deliver healing properties to the systems that control our physiological state. The best way for the body to absorb the therapeutic components of aromatherapy is a combination of inhalation through the olfactory system of the nose and absorption through the surface of the skin.

The beauty of using therapeutic-grade essential oils to restore coherent, healthy vibrational frequencies to the body is that they are:

Note: Most commercial shampoos, household cleaners, candles and perfumes use fragrance oil that is different from essential oil. I am very sensitive, and fragrance oil products cause headaches, sneezing or/and nausea.

Also, be selective when choosing an essential oil company. Click here for my favorites.

Do you want to get a personal aromatherapy mix to help you heal? Click here for an aromatherapy consultation.