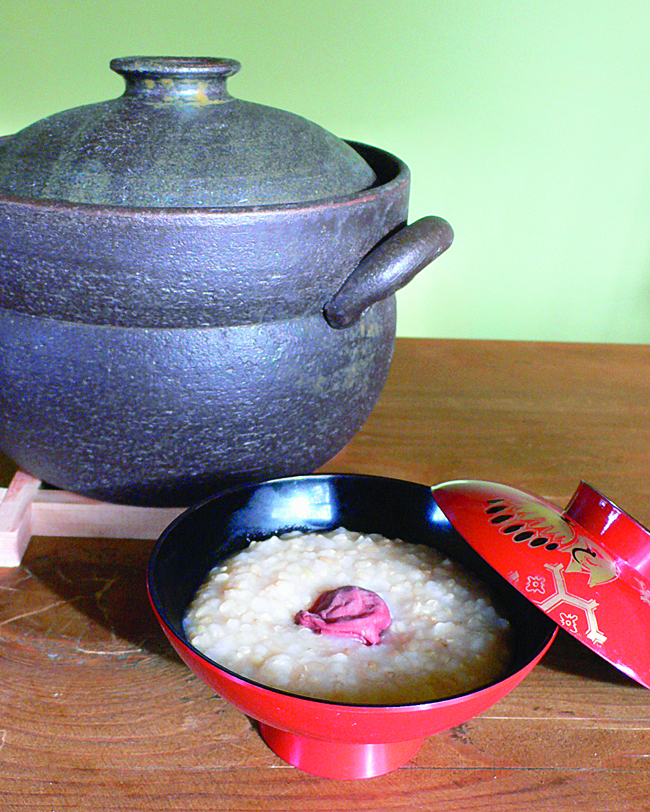 When I was diagnosed with ovarian cancer in 1993, Mr. Kikuchi, the owner of a Japanese natural food store, recommended I try a macrobiotic diet to heal myself.
Macrobiotic diet is holistic and very similar to a vegan (plant-based) diet, except one eats seasonal, locally grown, unprocessed whole grains, vegetables and legumes without refined sugar.
If a given health condition requires eating animal-based food, usually fish can be added for weight gain, or vitamin B12 for red blood cells, etc.

I grew up in Japan, where traditionally people ate 90 percent vegetarian, with 50–60% eating fish only on festive occasions. So, my diet was mostly plant-based foods with some fish/seafood.
Japan is rather vegan (plant-based) historically, due to a combination of factors: the influence of Buddhism, which prohibits eating meat; the nonavailability of dairy until recently; and the limited available farmland on the main and southern islands.

The Japanese diet includes numerous specialty foods that are very healthy, make an interesting addition to a vegan (plant-based) diet, and have influenced it through the spread of probiotics (though not exclusively macrobiotic).
For example: miso, natto, many varieties of tofu, yuba, amazake, goma-tofu (sesame tofu), a wide variety of grains, different kinds of pickles, seaweeds, beans and gluten products such as fu, noodles (udon, soba, somen, hiyamugi, etc.).
However, fish/seafood—and especially a dried and fermented form of bonito to make stock from—have always been consumed to some extent where the Buddhist edicts either didn’t reach or were not universally followed.

When I started attending elementary school, I was told to eat more meat for increased vitality and to drink milk and eat cheese for my bones. At the same time, frozen, canned and packaged convenience foods took over Japan.
As a teenager, I ate many more processed foods and became addicted to sugar and Coca-Cola.
I gained a lot of weight and also developed bulimia.
I was very unhappy, plagued with mood swings and insecurity.
Until I got ovarian cancer in 1993, I had no idea that eating wholesome food would help me be healthy.

There were challenges for me to change my diet because food is such a personal thing for me.
It must be very personal for many of people, which is why there are many problems with food issues related to our feelings.
It was not just about changing the food; I had to learn how to live with a new lifestyle in order to eat healthfully and live a balanced life. I found a macrobiotic counselor and learned how to prepare a healing food, as well as yin and yang balance for making special remedies.
I also learned how my emotions were connected to what I ate.
Whenever I felt sad or angry, I ate; that’s why I was bulimic.

The vegan (plant-based) macrobiotic diet is about eating whole, unprocessed grains and lots of vegetables (believe it or not, many vegans or vegetarians do not cook or eat actual vegetables), which balances your health, mood, emotions, and mental state.
Once I learned this lifestyle, I was fascinated and inspired to get better.

The difference between being vegan (plant-based) or vegan (plant-based) macrobiotic is that I believe in not just harming or killing living animal beings.
Plants may not have legs, but they have feelings and lives. We need to remember that humans cannot survive without the sacrifice of other lives, so we must appreciate and worship all the whole grains, legumes, and land and sea vegetables that give us vitality and life. If your health condition requires some animal food, consume them with respect; appreciate and worship them for helping us live.

If you want to learn vegan (plant-based) macrobiotic cooking, please email me at sanaehealing@gmail.com for a cooking class.

To recover from a serious illness or just work on living a healthier life, check here for my macrobiotic counseling.