I started traditional Japanese calligraphy (shodo) when I was 5 years old and kept practicing till I was 16.
I loved the smell of sumi (India ink) and enjoyed rubbing the sumi stick on an inkstone before my calligraphy class started.
It was like my own quiet, formal ritual.
Another thing I liked was putting the brush into the ink and, just before I put it to the white rice paper, breathing in deeply and making the decision to write.
It was never the same, and I could never repeat the same line or the same circle. Every time was real, with no rehearsal.
It was a nervous, conscious feeling, which helped me focus.

Calligraphy gives a sense of peacefulness

calmness to my spirit.

I miss shodo and may want to do it again, but meanwhile, I have discovered Western calligraphy.
It is similar, and I enjoy it very much.
I did not know much about it until after my near-fatal car crash in the Arizona desert.
In 2002, I was learning how to move my body to my wheelchair and go out to the park.
I started thinking I wanted to learn how to take the bus with my wheelchair, so I went to independent living seminars put on by the City of Santa Monica.
There were a few elderly people who needed to take the city access bus service, and I met Evie there. She was kind and told me she had been taking a calligraphy class for many years at Emeritus College in Santa Monica.
I was curious, but I was not motivated to do much those days; it was not easy for me to learn how to use the wheelchair, and going out was very challenging for me then.
I had not only a physical challenge, but also serious PTSD, and many days I was not able to go out.
I was grateful for this hopeful thinking, but I was not able to do many things.

A week later, I received an envelope in handwritten calligraphy from Evie.
It was so beautiful and made me feel like I could do it no matter what.
That is how I started my Western calligraphy.
Later, I was able to write and make invitation cards for the more than 100 people we invited to our wedding anniversary party in 2004. I am grateful that I met Evie, who became my good friend and taught me so many calligraphy basics as I started taking the class each semester. 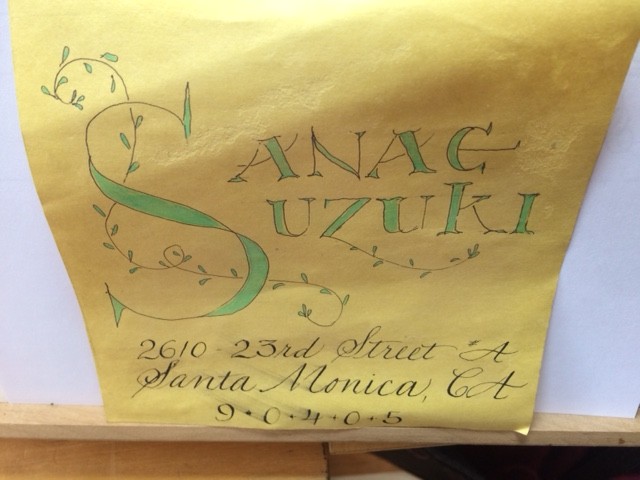 I kept Evie’s calligraphy address that she sent me in 2003.

My favorite is Akim cursive, which I used for this website’s font.
It is monoline lettering, which is done with regular style pens, pencils, or markers—no special tools required—and thus the lines are all the same width, rather than thick and thin. I love Akim cursive because the writing expresses the nature of our feelings.
Your own personal lettering finds its way into this style, so no two people’s writing has the exact same look.
It is not based on a formal calligraphic style but was developed by a German calligrapher named Hans-Joachim Burgert. 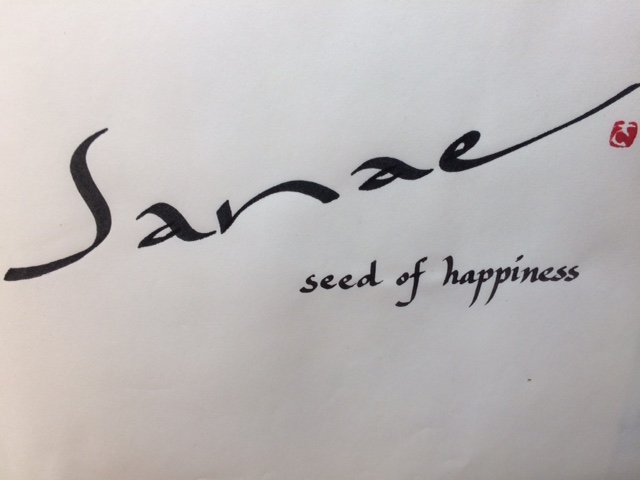 I am forever a beginner and still take some classes here and there.
Evie is retired and not taking class anymore, so I miss her.
But I am forever thankful to her for introducing me to Western calligraphy. 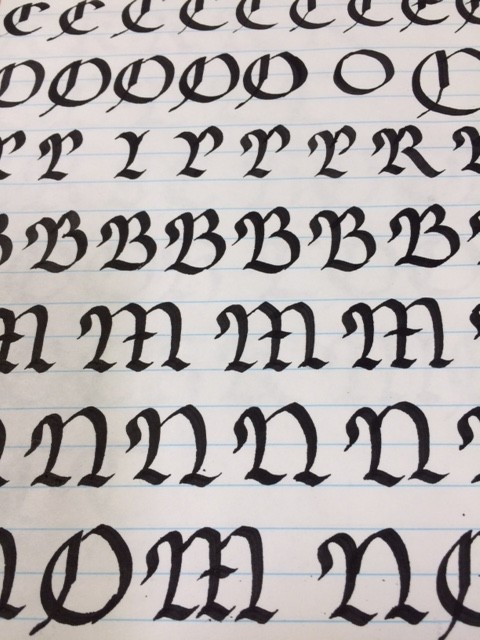 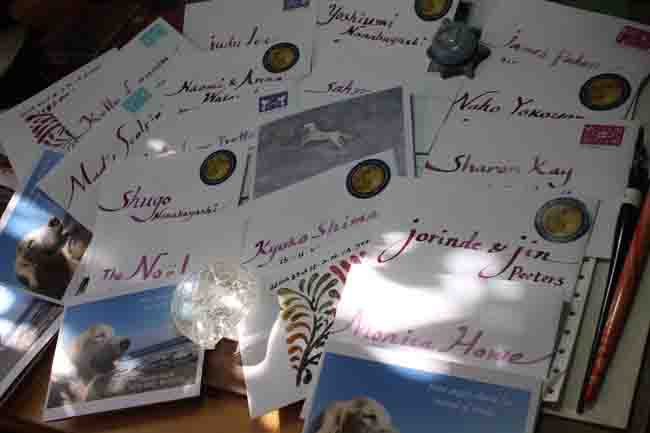 Kula’s card with my caligraphy. 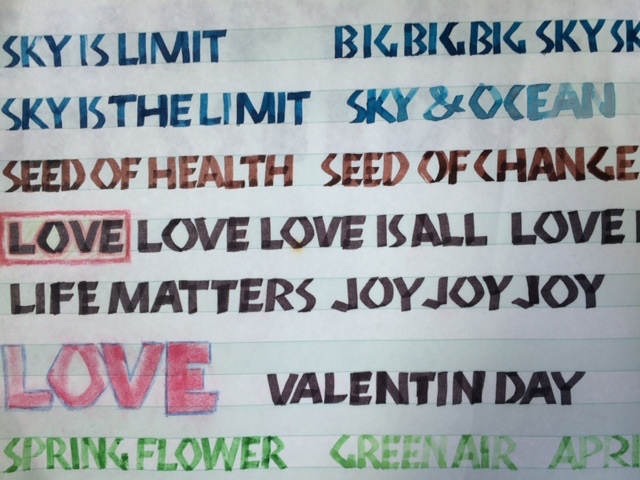