Usually we celebrate our wedding anniversary by going someplace special and exchanging traditional anniversary gifts, followed by dinner at the Shutters hotel, where we had our wedding dinner with family and close friends in 2004.
This year, we felt we should do something different.

Our eldest dog, Kula, was diagnosed with spleen cancer last month (I wrote about her here, with two weeks to two months to live. So, we wanted to take a video of how I have been taking care of her every day. The first one shows me giving her shiatsu and Do-in exercise. I posted it on Facebook and got more than 1,700 views in one day, so I also posted it on YouTube to help other dogs.

It was a wonderful way to start our wedding anniversary. This marks 12 years, for which the traditional gift is silk/linen or pearls, but we broke the traditional gift exchange by giving each other stand-up paddle boards (SUP) and going paddling in Marina del Rey with our dog Lumi. Eric found two used SUP boards at a reasonable price on Craigslist, and it was in Manhattan Beach, so we decided to drive there as our wedding anniversary event. They were the perfect size, so we got them and went to Marina del Rey with Lumi right away. They were sturdy boards and heavy, so it was not easy for Eric to put them on his car, but he is such a strong guy! 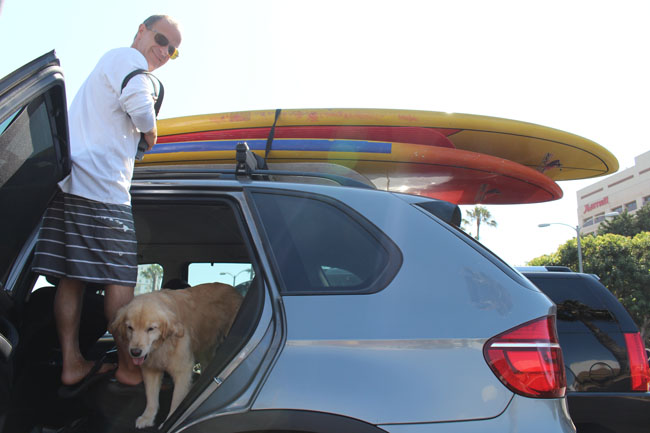 It was a great day for us to go all the way out by the Burton Chace Park area to paddle. I wish we had photos to show you, but we were too busy paddling. Lumi was good at balancing, and popular with everyone who passed us, since she was so cute in her life jacket. I think I did pretty well, too, for a beginner; I did not fall at all. It was an absolutely different anniversary than usual, and we enjoyed it so much. Here is a photo that a woman from Sweden took of us. 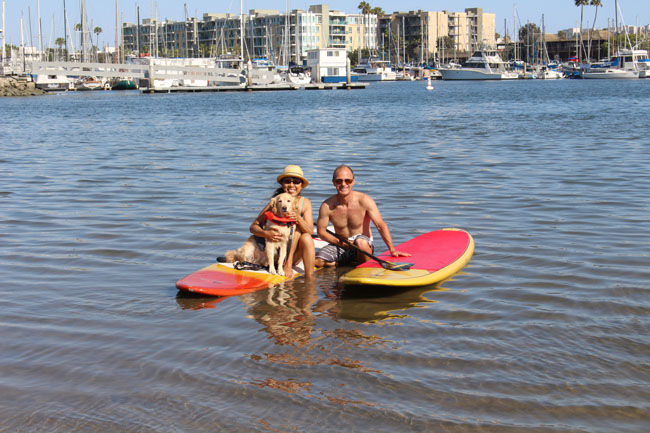 We learned that day that it is all right to break tradition, as long as we are enjoying our lives together and still celebrating our special anniversaries! 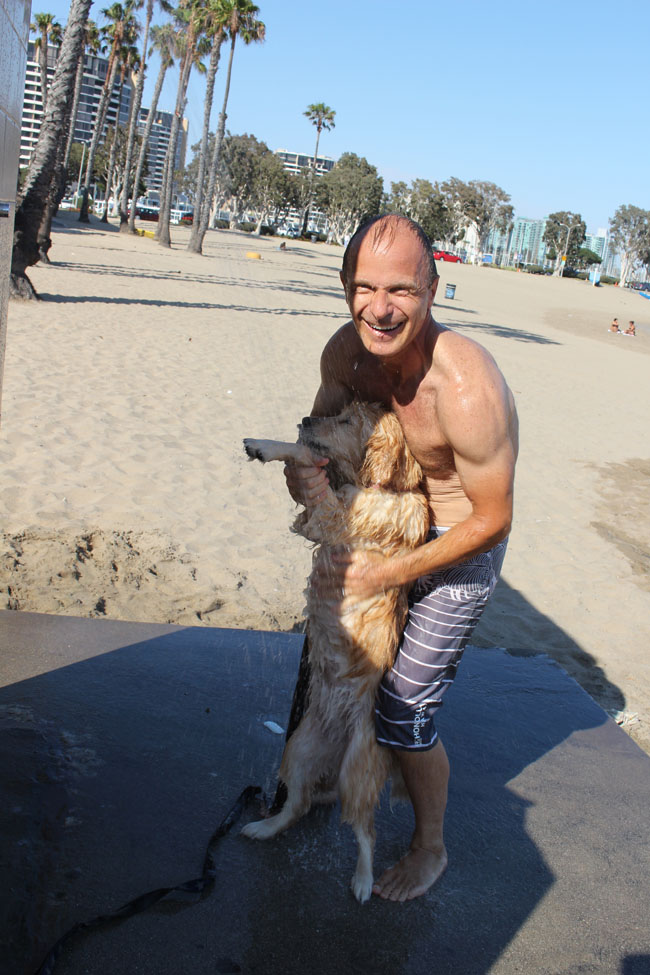 Happy Anniversary to anyone celebrating also!