Santa Monica (Southern California) is known that it does not rain much.

There is Albert Hammond’s 1972 hit song “It Never Rains In Southern California” (the Japanese title is “Blue skies of California”)
If you listen carefully to the lyrics in the song, you will hear, “It never rains in California. But girl, don’t they warn ya? It pours, man, it pours.” 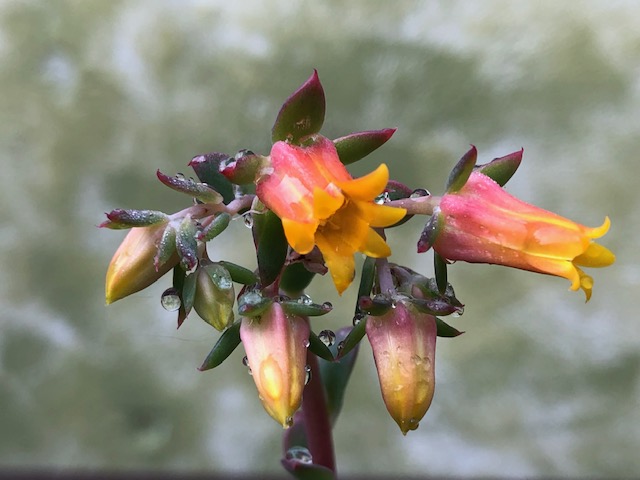 My garden succulent with rain drops

This song might have more meaning, but as actual weather here in Southern California, it is true that we get a lot of rain in some winters.
This winter was one of those winters.
It rained a lot in December and all day long on New Year’s Eve.
I was concerned that I might not be able to go see the annual first sunrise, but the rain stopped early in the morning, and when I got up at 5:00 a.m. and went outside, the scent of my favorite petrichor was in the air.

As the pitch-black sky gradually turned indigo blue, my breath slowly exhaled on the mountain path and disappeared like white smoke, becoming one with the outside air.

The intense reddish-orange light dyed the whole horizon in a blink of an eye.
Praising the light was so comfortable, and I noticed I was not breathing.
I focused on moments of being “Alive” with the light; the realization was present without effort, then my natural breath came into my heart. 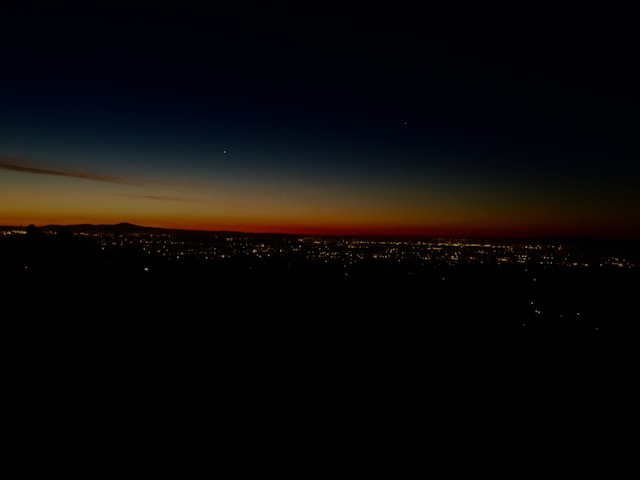 Suddenly I noticed some clouds and no more indigo blue in the sky.
As if to counteract my fears, the sun showed a golden thread of light on a wavy line, shining orange on the thick clouds over the mountains. 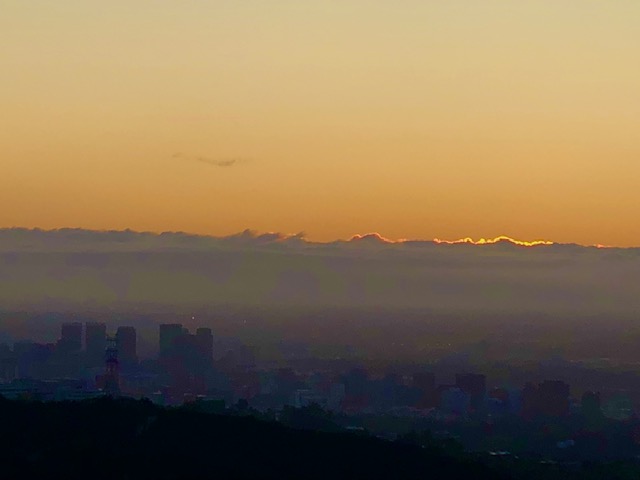 It seemed as if it took longer than usual for the sun to show its face, as it had been raining for a few days, and the sun felt shy.
When the sun finally rose, it did so slowly, gently, and grandly, with a light of joy like I had never seen before.
I couldn’t even speak. 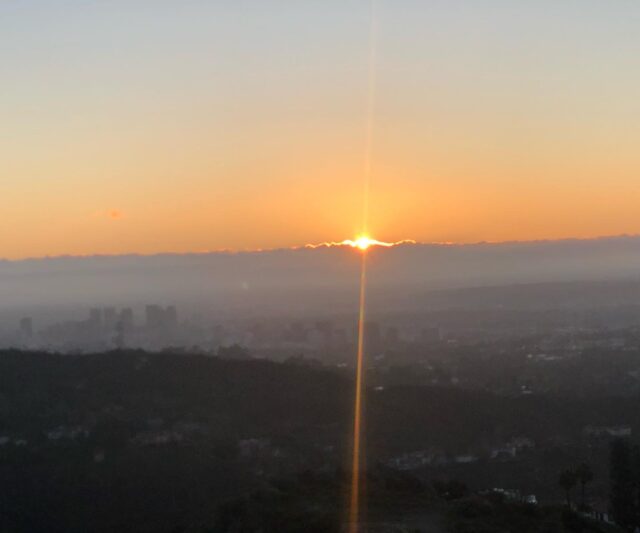 The sun seemed to be trembling with joy to see us for the first time in a long time after its whole body had risen.
The light became stronger and stronger, and rose higher and higher.
The whole sky was connected to the light. 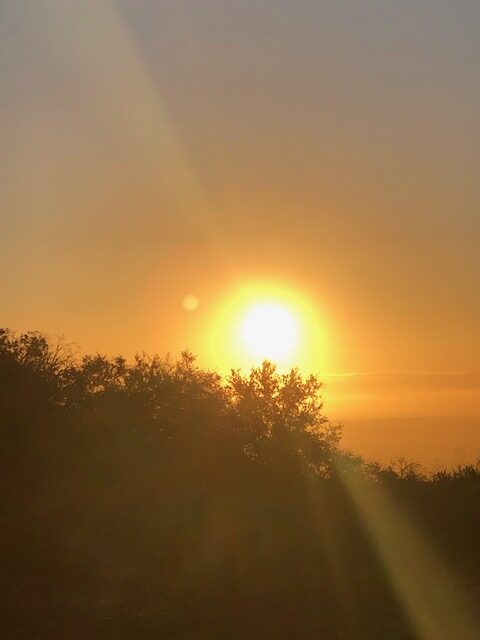 After I came back home, I was moved again when I looked at the photo of the first sunrise while eating New Year’s Ozouni. 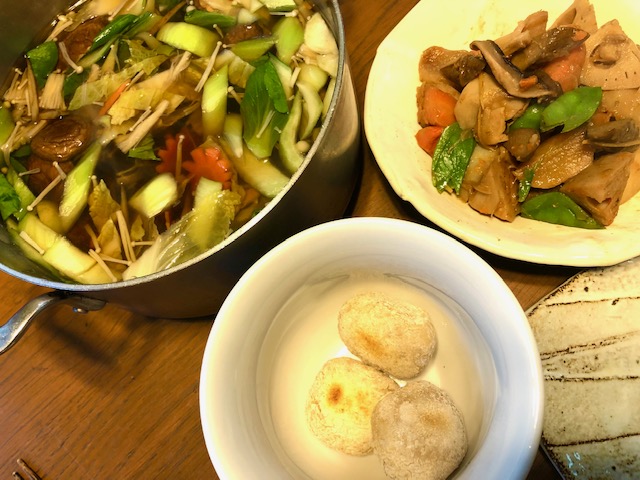 I was happy to see the first sunrise of the new year in such good health once again.
Seeing the New Year sunrise is very personal and connects to my soul.
Even only on New Year’s Day, I wake up really early in the morning, hike up a mountain, and formally say “thank you!” to the sun.
I can let the sun know how much I appreciate it officially. 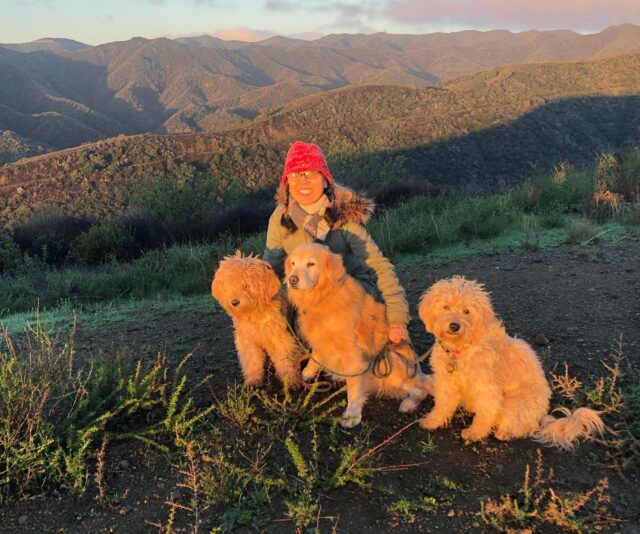 In the afternoon, a rain started to fall again.
The sun was hesitant to say goodbye but left a promising vibe that we would see each other again.
Yes, we will see each other again!
Until then, I vowed with the first sunrise to practice getting along with the clouds and the rain.
(The weather report said it will rain continuously for at least two days!)