I have been interested meaning of flowers (plants & trees) since I was a child. I  talked to them as I grow some of them and I was so connected with them.  I was so fascinated when I found out that there was the language of Flowers and I could learn what each flower meant.  I read many books and sent flowers as gifts according to the language of flowers since I was in high school.

I picked Mimosa (Acacia dealbata) as my second *Language of Flowers because it is a February flower in Japan. Although it is not February anymore, I am sorry!

I wanted to write about Mimosa in February, but sometimes things do not go as I plan. My website was down and it took a while for me to bring it back. Then more things happened and I was not able to focus to post it till now. 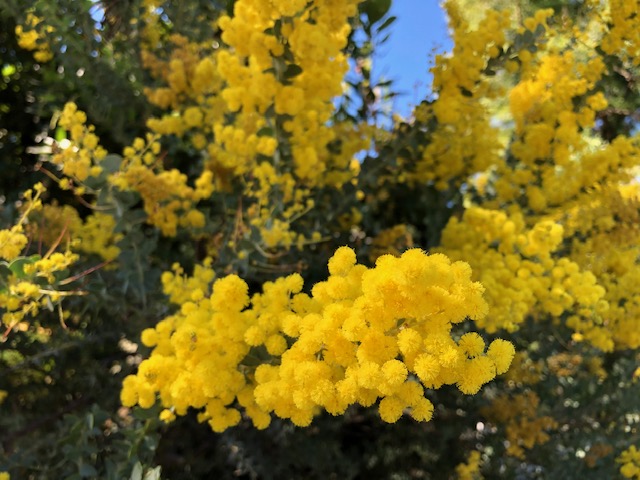 Mimosa is one of my favorite flowers in early spring. The blight yellow color warms my eyes and heart. The mimosa flowers absolutely shine and naturally represent the sun. 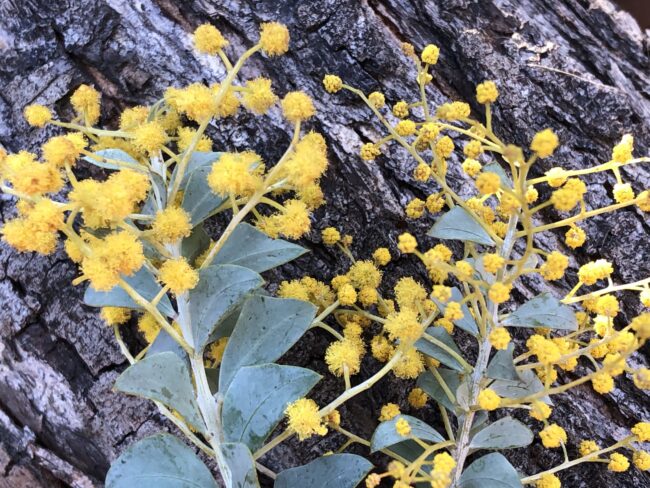 As I checked Language of flowers on https://hananokotoba.com/hanakotoba-ichiran/

Mimosa showed the Language of flowers in Japan,

and  in the West,

They are similar, but not exactly the same.

The mimosa flower is a genus of roughly 400 different shrubs and herbs. The name is derived from the Greek “mimos,” which means an “actor” or “mime,” while the suffix means “resembling.” This is likely because the leaves are said to mimic conscious life.

It also says: She is my only love. Likewise, she is the flower of reunification. Symbol of gold and sun, mimosa is also the image of the triumphant life because of the hardness of the wood and the victory over the forces of evil.

I think this could be a unique Valentine flower gift with a note of the meaning of Mimosa Flower Languages, which is very romantic. Whoever receiving the flower understand your profound importance why you choose Mimosa flowers instead of red rose to her or him. 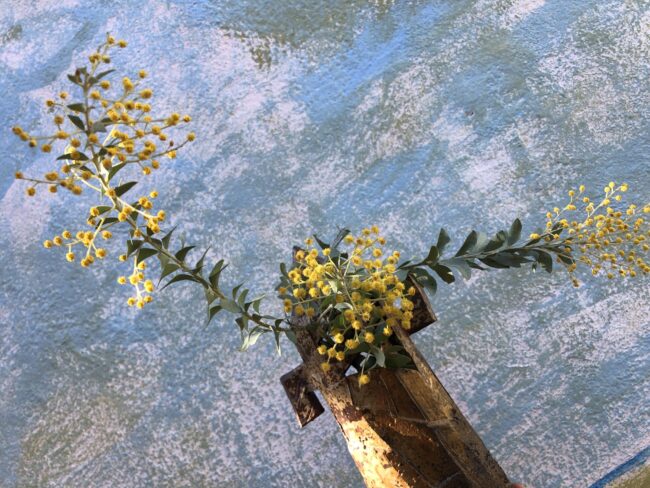