Have you heard Language of flowers?

If you never heard of it, you are not alone.

It is known as “Hana Kotoba” in Japan, the direct translation is “flower word”.
I never heard anybody talk Hana Kotoba in English so I had to check and it shows Language of flowers and Wikipedia said Floriography (language of flowers) is a means of cryptological communication through the use or arrangement of flowers. https://en.wikipedia.org/wiki/Language_of_flowers

Meaning has been attributed to flowers for thousands of years, and some form of floriography has been practiced in traditional cultures throughout Europe, Asia, and Africa.

I heard “Hana Kotoba” when I was around 8 years old when I started to have interested grown my own flowers. I was curious that each flower has meaning and I have thought of it whenever I grow flowers and plants and felt connections with them.
As I grew up I have started to use Language of flowers meaning when I send flowers to family, friends or people and let them know why I chose this flower for them. I believe that people who received flowers appreciate more than just receiving the flowers and I feel joy using Language of flowers too.

It is wonderful for me to share Language of flowers with you!

My first language of flowers that I picked is Japanese Ume Plum Flower.

I chose it because it is also a January flower in Japan (now I looked at the date and it is the end of January, but I made it！).

As I checked Language of flowers on https://hananokotoba.com/hanakotoba-ichiran/

and  in the West,

「Keep your promise」,「fidelity」and「beauty and longevity」

I did not realize there were different meanings, but I thought that is understanding too. 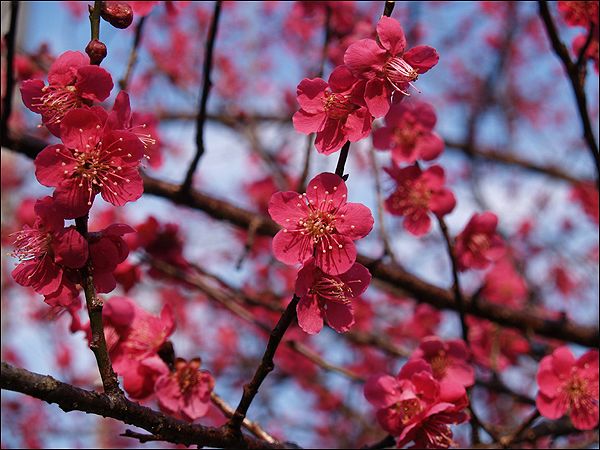 My father had a Japanese Ume tree in the garden which was just a flowering ume tree so no plums and it was a beautiful reddish color.

The one I shared here is the Japanese Ume Plum Flower that produces plums.
You might hear that Japanese Ume pickles (Umeboshi).
It is a medicinal and traditional pickle of salty and sour in Japan. 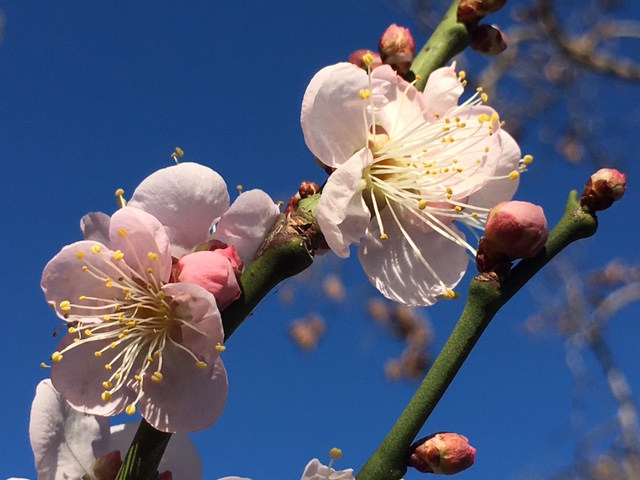 I have been making my own Japanese Ume plum pickles every year with organic California Ume plums. Last year I made famous Japanese “Nankou” Ume Plum pickles, Enzyme juice, Jam, and Sauce.
My friend, Kazuko used to make her Umeboshi plum of organic Northern California so I also offer aged Umeboshi plums that she made and my Umeboshi plums if you are interested.

This year I am trying to grow my Japanese Ume plum tree so I hope to see the flowers someday in January. 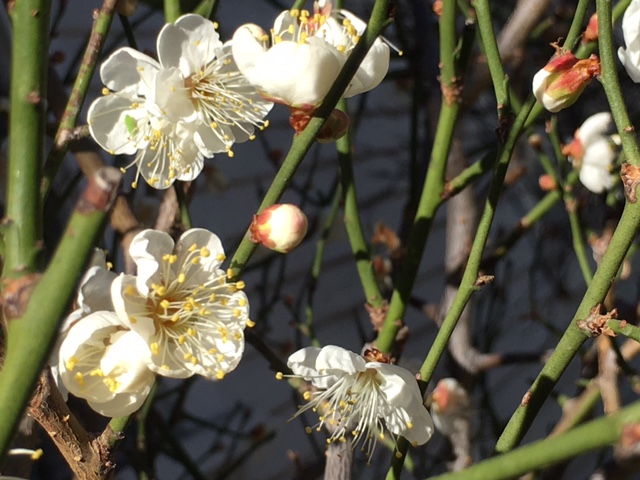